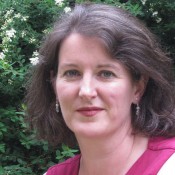 Victoria Hendry’s absorbing first novel, A Capital Union, explored Scottish nationalism during World War II. Published to considerable critical acclaim, it was shortlisted for the prestigious Historical Writers’ Association Debut Crown in 2014. Her second novel, The Last Tour of Archie Forbes, was partly inspired by Victoria’s voluntary work and the idea that society too often fails to really help those who are in need. Victoria lives in Edinburgh and has an MSc in Creative Writing from the city’s university.

Shortlisted for the prestigious Historical Writers’ Association Debut Crown Award, 2014. Edinburgh, 1942. As war tightens its grip on Britain, Agnes Thorne discovers that her new husband’s obsession with Home Rule in a time of national crisis is threatening to land him in prison. His stand against conscription makes Agnes a reluctant participant in the nascent nationalist movement. As hidden forces of state break cover and strain the marriage to breaking point, Agnes is caught up in a triangle of passion, politics and secrecy.

Shortlisted for the Historical Writers Association Debut Crown Award 2014 The Heralds Paperback of the Week.

REVIEWS OF A Capital Union

'A highly successful debut that we would recommend without reservation.' - Undiscovered Scotland Read more

'Startlingly accomplished ... Victoria Hendry's impressive debut novel wastes no words. The voice of her young narrator is brisk and assured, like youth itself ... As the story gathers momentum so does Hendry's prose, raising itself to poetry as her heroine confronts that famous tension within Scots and Scotland which many of us recognise.' - Julie Davidson, Sunday Herald Read more

'A deftness of touch  A historically illuminating novel, compelling page-turner from a fresh and accomplished new voice.' - Kritikus Read more

'A novel of great intelligence and fluency whose finely drawn characters challenge conventional perceptions of nationality and identity.' - Margaret Elphinstone

'A super Scottish novel (and a bold first book) that should have been rewarded; brilliantly researched with an interesting political theme (the SNP in wartime) - mainly set in Edinburgh during the Second World War. A curious and readable mix of the romantic and the hard-edged.' - Alan Warner, Books of the Year selection in Herald Scotland

'A Capital Union is a capital idea in the current political climate, particularly. This novel shows the terrible strain that ideological and military conflict can place on individuals beyond the battlefield itself.' - Martin Philip, Edinburgh Review