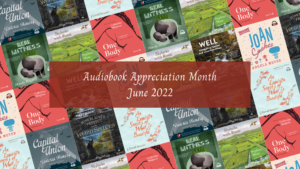 This June, help us to celebrate Audiobook Appreciation Month by listening to one of our brilliant Saraband Audio titles.

What is Audiobook Appreciation Month?

Audiobook Appreciation Month aims to raise awareness about audiobooks and encourage readers to turn to the audiobook format. As The National Literary Trust highlight, audiobooks have risen in popularity since the beginning of 2020 and we are as excited as ever to share with you our range of Saraband Audio titles.

One Body by Catherine Simpson 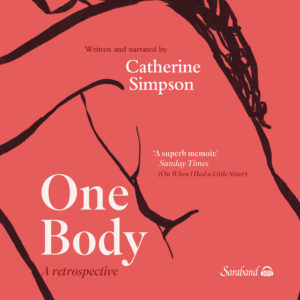 By the time she reached her fifties, Catherine had experienced period pain, childbirth, and early menopause, alongside love and laughter, a career in journalism, and raising two daughters. Like many of her peers, along the way she’d dieted, jogged, sweated, tanned, permed, and plucked—always attempting to conform to prevailing standards of “acceptable womanhood.”

But when a medical crisis comes along, she can no longer pummel her body into submission and is forced to take stock. From growing up on a farm where veterinarians were more common than doctors, and where illness was “a nuisance,” she now faces the nuisance of a lifetime.

Miss Blaine’s Prefect and the Weird Sisters by Olga Wojtas 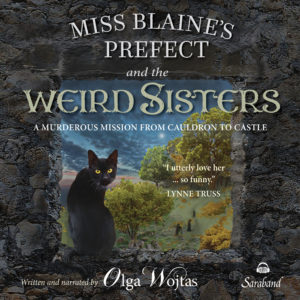 Fifty-something librarian Shona is a proud former pupil of the Marcia Blaine School for Girls, but has a deep loathing for The Prime of Miss Jean Brodie, which she thinks gives her alma mater a bad name. Impeccably educated and an accomplished martial artist, linguist and musician, Shona is selected by Marcia Blaine herself to travel back in time for a crucial mission involving Macbeth, the Weird Sisters and a black cat.

Unsure which version of history she’s in, Shona tries to figure out who she’s here to save. But between playing the Fool and being turned into a mouse, things don’t always go her way. Shona’s expertise in martial arts is put to the test as family tensions rise and fingers are pointed for murder. Can Shona unravel the mystery in time to complete her mission?

Skylarks with Rosie by Stephen Moss 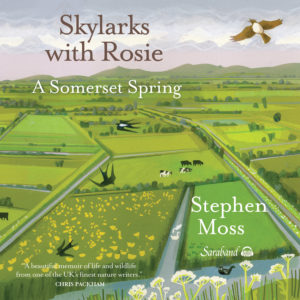 But this equinox is unlike any other. As the nation goes into lockdown, Stephen records the wildlife around his home, with his fox-red Labrador, Rosie, by his side. When old routines fall away, and blue skies are no longer crisscrossed by contrails, they discover the bumblebees, butterflies and birdsong on their local patch.

This evocative account underlines how a global crisis changed the way we relate to the natural world, giving us hope for the future. And it puts down a marker for a new normal: when, during that brief but unforgettable spring, nature gave us comfort, hope and joy.

An Exquisite Sense of What is Beautiful by J. David Simons 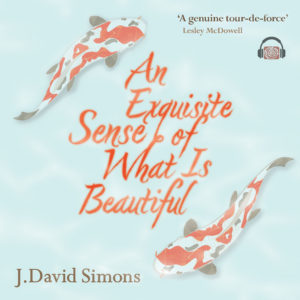 An eminent British writer returns to the resort hotel in the Japanese mountains where he once spent a beautiful, snowed-in winter. It was there he fell in love and wrote his best-selling novel, The Waterwheel, accusing America of being in denial about the horrific aftermath of the Tokyo firebombings and the nuclear destruction at Hiroshima and Nagasaki. As we learn more about his earlier life, however – as a student in Bloomsbury, involved with a famous American painter – we realise that he too is in denial, trying to escape past events that are now rapidly catching up with him. A sweeping novel of East and West, love and war, truths and denials. 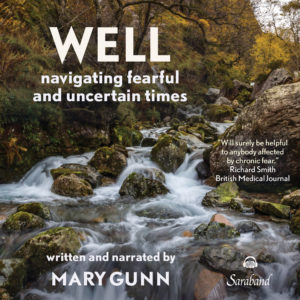 When Dr Mary Gunn was diagnosed with cancer, her first reaction was fear, and to fight the disease aggressively for the sake of not only herself but her young children and husband. But when it came back – and turned out to be incurable – she knew that she couldn’t live the rest of her life in fear. Mary embraced a new approach to life: to accept all the joy and sorrow, safety and danger, certainty and unpredictability… in essence, to live freely. In our uncertain times, when it’s difficult not to feel the fear, Dr Mary Gunn’s remarkable memoir offers mindfulness tools for resilience, and shows how we can all use acceptance, compassion and love to live courageously, magnificently. Backed up by many years of experience as both a doctor and a patient, her story will inspire you to let go of fear, love life and live well.

A Capital Union by Victoria Hendry 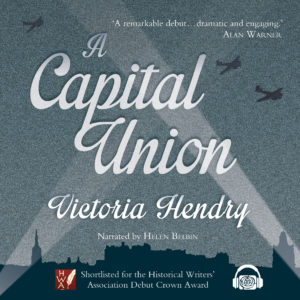 Edinburgh, 1942. As war tightens its grip on Britain, Agnes Thorne discovers that her new husband’s obsession with Home Rule in a time of national crisis is threatening to land him in prison. His stand against conscription makes Agnes a reluctant participant in the nascent nationalist movement. As hidden forces of state break cover and strain the marriage to breaking point, Agnes is caught up in a triangle of passion, politics and secrecy. 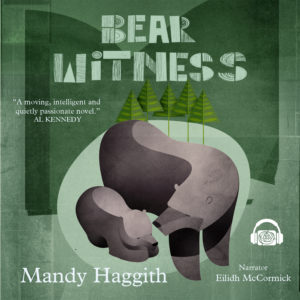 The brutal shooting of a bear cub galvanises ecologist Callis MacArthur into becoming an activist. Dreaming of bears roaming free – even in Scotland, a thousand years after their disappearance – she finds herself exploring Europe’s remotest forests and meeting colourful characters who are as passionate about nature as she is. But as she begins to embrace her wild side, she faces escalating challenges. She must risk her career and endure agonising personal losses to avoid being swept up in events and emotions beyond her control. Combining lyrical prose, mythical themes, romance and a cracking plot, Bear Witness is a page-turner with a heart and mind. 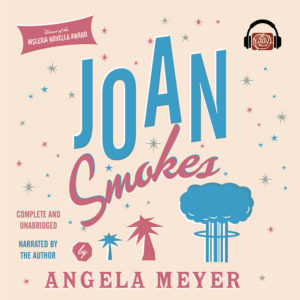 She used to be someone else, but now she’s arrived in Vegas, where she can start again. It won’t do to let the past leak in. It’s the Sixties now. She’s going to become … Joan. She makes a list: Buy a new dress (fitted, floral). Dye her hair (dark). Curl it. Buy red lipstick. Buy cigarettes and a lighter, too: Joan, she decides, is a smoker. There’s no need to dwell on why she’s here, what went before. She is just moving forward, one foot in front of the other, becoming that new person. Joan. This city of flashing neon, casinos and shows is full of distractions. Finding a job will be quick and easy. Things to do. New people to meet. A clean sheet. She’s certainly not thinking about Jack, or … No. Not any more. Her new life starts right here, right now.