Winner of the inaugural Mslexia Novella Award, 2019 Buy a copy from us directly for £5 inc UK P&P

She used to be someone else, but now she’s arrived in Vegas,  where she can start again. It won’t do to let the past leak in. It’s the Sixties now. She’s going to become … Joan.

She makes a list: Buy a new dress (fitted, floral). Dye her hair (dark). Curl it. Buy red lipstick. Buy cigarettes and a lighter, too: Joan, she decides, is a smoker.

There’s no need to dwell on why she’s here, what went before. She is just moving forward, one foot in front of the other, becoming that new person. Joan.

This city of flashing neon, casinos and shows is full of distractions. Finding a job will be quick and easy. Things to do. New people to meet. A clean sheet.

She’s certainly not thinking about Jack, or … No. Not any more.

‘There is so much to admire in Joan Smokes – the winning entry of the inaugural Mslexia Novella Competition. Its pared-back brittle language is as stark as the Nevada landscape. It’s a sophisticated piece of writing, in which the author pushes at the boundaries of language and form; anguish and suffering are evoked at every turn, in thwarted rhythms and rough syntax. But the real magic is in how the author puts the reader so surely in the protagonist’s shoes. It feels like a cliché to say that good writing should ‘suck you into another psyche’ as Barbara Kingsolver puts it, but empathy is what we all need more of, especially now. As an act of empathy, as well as a beautifully rendered work of literature, Joan Smokes shines.’ Eloise Millar, Mslexia judge 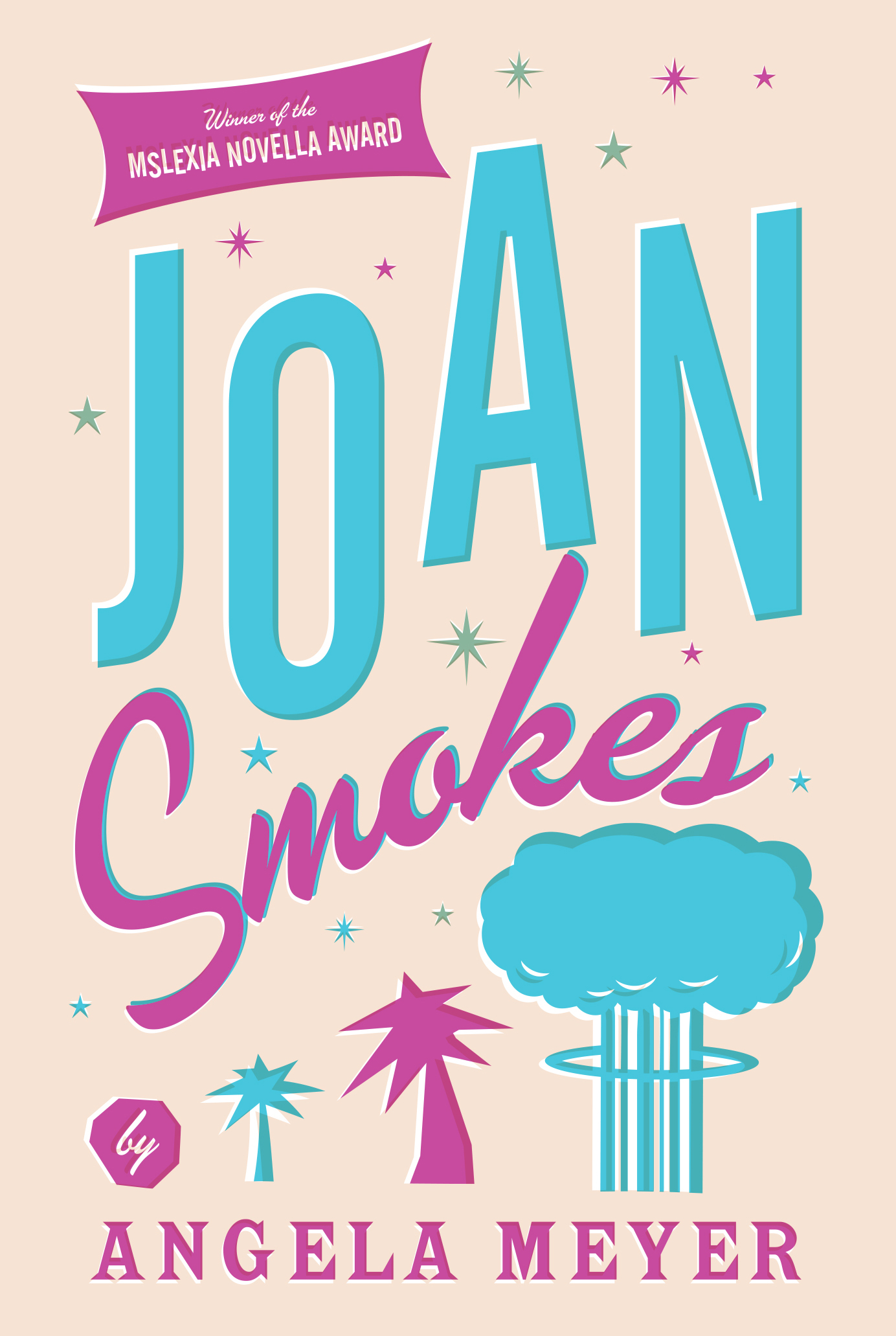 Angela Meyer is an exciting new talent. Her short stories have appeared in Best Australian Stories, Island, The Big Issue, The Australian, The Lifted Brow and Killings. By day she works as a commissioning editor for Echo, an imprint of Bonnier Publishing Australia, where she has discovered a number of authors, most notably Heather Morris and her runaway bestseller, The Tattooist of Auschwitz.

Angela Meyer is also the author of A Superior Spectre, which has been shortlisted for an Australian Book Industry Award, the MUD Literary Prize and an Aurealis Award.

“Weighty themes of lust, shame and the power of the male gaze are beautifully balanced by a moving narrative, then wrapped up by the neatest of twists.” Daily Mail

“A Superior Spectre is an ambitious and curious venture. Meyer straddles historical drama and dystopian fiction, and yet manages to cross the divide.”  Thuy Ong, Sydney Morning Herald

“Like all great dystopian novels, it’s intensely political, with an overarching focus on social freedom … it’s consistently a thought-provoking and well-written stab at one of literature’s bleakest genre.” Alison Powell, Buzz Magazine

“A brilliant, deeply unsettling work with the unapologetically feminist rage, passion and awareness of books such as The Natural Way of Things or Margaret Atwood’s seminal The Handmaid’s Tale.” Books + Publishing

“This is one of those rare books that penetrates deep into the reader’s most secret self. Read it and hold it close.” The Saturday Paper