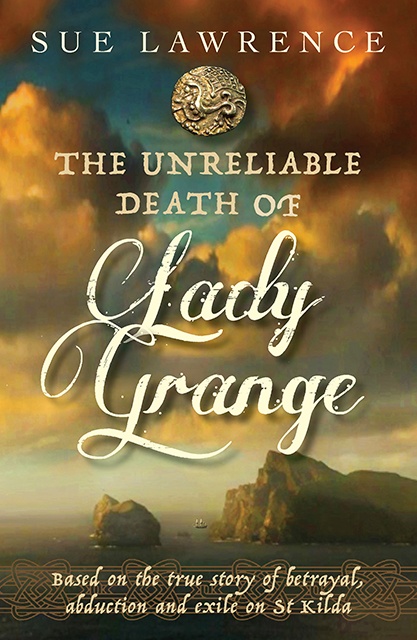 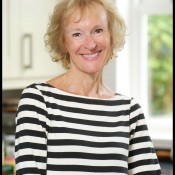 Sue Lawrence is the author of absorbing, popular historical thrillers that cast fascinating light on the perils and injustice that characterised women’s lives in Scotland through centuries past – whether born into penniless or powerful families: The Unreliable Death of Lady Grange, Down to the Sea, The Night He Left and Fields of Blue Flax and most recently The Green Lady.

She is also one of the UK’s leading cookery writers and broadcasters. Having trained as a journalist, she won BBC’s MasterChef in 1991 and became a food writer, Cookery Editor of the Sunday Times and a regular contributor to Scotland on Sunday and many leading magazines, and she appears frequently on BBC Radio 4’s Kitchen Cabinet. Born in Dundee, she was raised in Edinburgh, where she now lives. She has won two Guild of Food Writers Awards and a Glenfiddich Food and Drink Award and is the author of more than 20 books.

The Unreliable Death of Lady Grange

Edinburgh, January 1732: It is Lady Grange’s funeral. Her death is a shock: still young, she’d shown no signs of ill health. But Rachel is, in fact, alive and (mostly) well. She’s been brutally kidnapped by the man who has falsified her death – her husband of 25 years, a pillar of society with whom she has raised a family. Her punishment, perhaps, for railing against his infidelity – or for uncovering evidence of his treasonable plottings against the government. Whether to conceal his Jacobite leanings, or simply to ‘replace’ a wife with a long-time mistress, Lord Grange banishes Rachel to the remote Hebridean Monach Isles, from where she’s removed again to distant St Kilda, far into the Atlantic – to an isolated life of primitive conditions, with no shared language – somewhere she can never be found. This is the incredible and gripping story of a woman who has until now been remembered mostly by her husband’s unflattering account. Sue Lawrence reconstructs a remarkable tale of how the real Lady Grange may have coped with such a dramatic fate, with courage and grace.

REVIEWS OF The Unreliable Death of Lady Grange

“The wronged lady finally has her say … One of the strangest and most disturbing stories to have emerged from Scotland’s Jacobite past.” The Times

'Swept me along breathlessly... The cruelty and complexity of eighteenth-century Scottish society is richly represented.' Dr Annie Gray

'From the Jacobite intrigues of eighteenth-century Edinburgh to Scotland's dark and sea-battered islands, Lady Grange's life is one of eye-popping incident. An amazing story.' Sally Magnusson