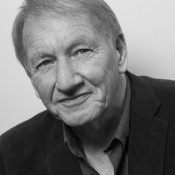 The Nature of Winter

Buy The Nature of Winter

During winter, dark days of wild storms can give way to the perfect, glistening stillness of frost-encrusted winter landscapes – it is the stuff of wonder and beauty, of nature at its utmost. In The Nature of Winter, Jim Crumley ventures into our countryside to experience firsthand the chaos and the quiet solitude of nature’s rest period. He bears witness to the lives of remarkable animals such as golden eagles, red deer and even whales as they battle intemperate weather and the turbulence of climate change.

In the snow Jim discovers ancient footsteps that lead him to reflect on the journey of his personal nature-writing life – a journey that takes in mountain legends, dear departed friends and an enduring fascination and deep love for nature. Simply, he evokes winter in all its drama, in all its pathos, in all its glory.

REVIEWS OF The Nature of Winter

"This book is all luminous moments, small delights and bright meditations drawn from the northern cold… there is deeply indigenous wisdom here… Crumley invites us to linger a while and witness frosty gifts made vivid by the warmth of his conversation." Miriam Darlington, BBC Wildlife Magazine

"Connoisseurs of nature and good writing will be enthralled by his first-person wildlife encounters. His accounts…are written with dazzling clarity, lyrical tilt and a story-teller’s skill." Julie Brominicks, BBC Countryfile Magazine, Book of the Month

"Inviting and informative…Crumley has earned himself the enviable position of our foremost nature commentator…Meditative…bewitching…outspoken…persuasive…a true winter's tale." Rosemary Goring, Herald