We’ve had a lovely summer that has stretched well into September, but by now there’s a distinctly autumnal feel in the air, with the arrival of cooler days. And as we know, the joys of the new season include wrapping up and enjoying cosy evenings spent reading a good book.

Struggling for autumn reading inspiration? Needless to say, we recommend Graeme Macrae Burnet’s Booker-longlisted Case Study for its brilliance, wit and insights on mental health – but if you’ve already read that one, here are five more books to add to your TBR this autumn. There’s something here for all tastes and interests.

Seasons of Storm and Wonder by Jim Crumley 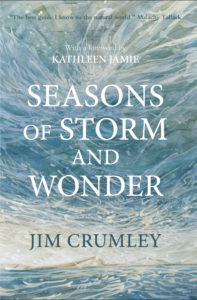 In Seasons of Storm and Wonder, Scotland’s leading nature writer Jim Crumley brings together the strands of his epic undertaking to observe and document the nature of the changing seasons, mostly in the  Highlands and islands of Scotland. In part an ode to the wildlife, plants and trees that populate these beautiful landscapes, the book also lays bare the effects of climate chaos, showing how the seasons are shifting in response to a warming planet.

This landmark volume is a must for lovers of nature writing and anyone who cares about the world around us – and it would make a beautiful gift. Read a review of it by naturalist and critic Mark Avery here.

As an added bonus, it comes with a foreword by Kathleen Jamie, as well as a beautiful jacket by artist Lizzie Rose.

The Call of the Cormorant by Donald S Murray 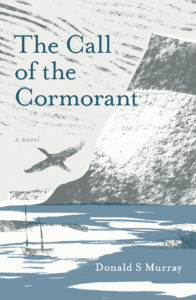 From the prize-winning author of As the Women Lay Dreaming, Donald S Murray’s latest novel is an ‘unreliable biography’ of Karl Kjerúlf Einarsson: an artist and an adventurer, a charlatan and a swindler, a shapeshifter who was constantly reinventing himself, moving on, trying out a new persona.

While summer is reaching its end, our adventuring doesn’t have to… Travel vicariously through the fantastical adventures of Karl Kjerúlf Einarsson – based on the his true life story – as he leaves the Faroe Islands for Copenhagen, Berlin and ultimately Atlantis (actually, St Kilda, but he believed he had found the fabled land itself).

Read a review of Donald’s second novel, In a Veil of Mist, in the Times.

The Green Lady by Sue Lawrence 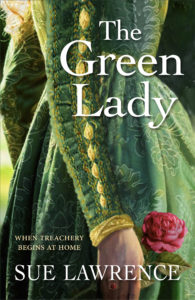 Visitors today are on the lookout for the ghost that haunts Fyvie Castle in Aberdeenshire. The spooky apparition is known as The Green Lady – and the original lady of the manor in the 16th century, who loved to wear green, is the subject of Sue Lawrence’s latest historical novel.

Set in Fyvie and featuring courtiers of Mary Queen of Scots, young Lilias Drummond, bride of Alexander Seton, takes centre stage in the novel. But her marriage comes under strain after Lilias gives birth to one daughter after another – but no son. What lengths will a man go to secure a male heir?

Sue Lawrence serves up another page-turning exposé of the dangers inherent in womanhood in earlier centuries, even for those with privileged status and wealth. 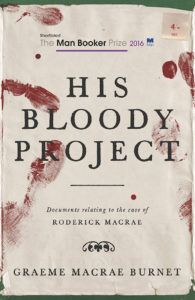 Shortlisted for the Booker Prize in 2016, Graeme Macrae Burnet’s His Bloody Project is a literary masterpiece. But it’s also a page-turner that sucks you in and keeps you gripped until the very last page.

In a remote community in the Scottish Highlands, a brutal triple murder leads to the arrest of Roderick Macrae. His memoir confirms that he was responsible for the killings, but what drove him to such atrocities? And was he sane at the time?

Find out why this book is an international bestseller, and has won so many accolades. 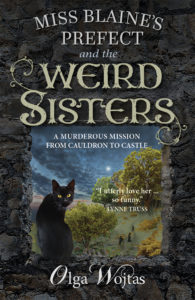 Featuring the the three “weird sisters” from Shakespeare’s Macbeth, this time-travelling adventure is the unmissable third instalment in Olga Wojtas’ Miss Blaine’s Prefect series. A quirky, comic tale inspired by both the Bard himself and Muriel Spark’s The Prime of Miss Jean Brodie, our librarian heroine must figure out which version of history she’s in, what really happened in Dunsinane, and who she has to save.

If you like an escapist read that will take you away from the woes of the world we’re living in, this one’s for you!