Standing with Ukraine: how can we help? 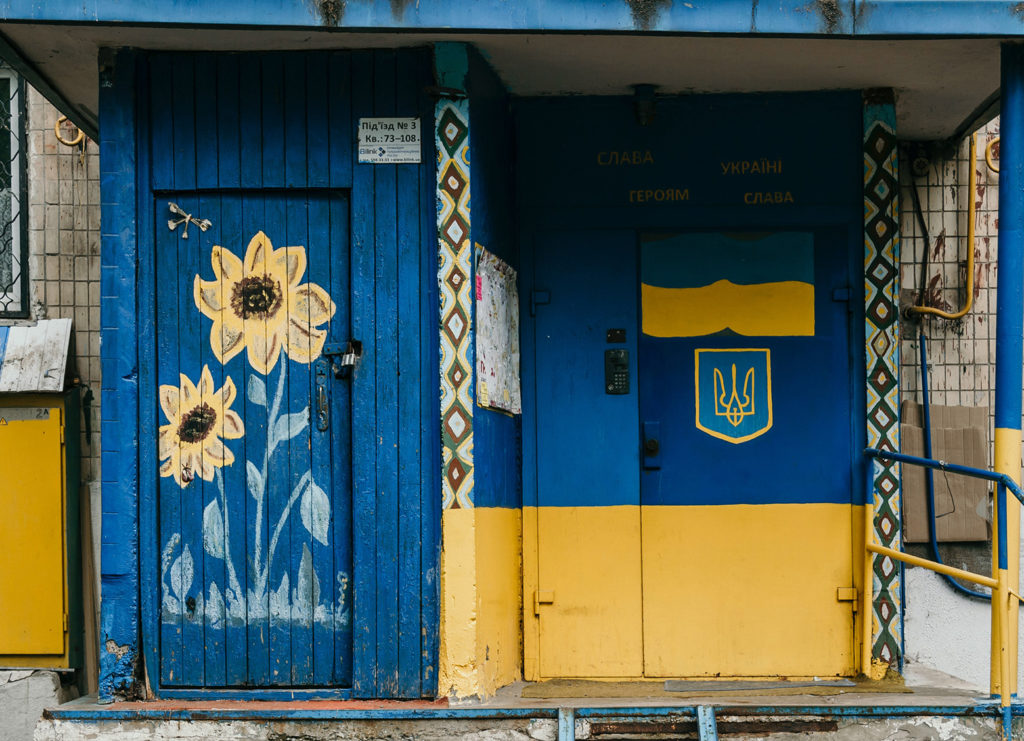 “No mother gives birth to her child to kill or to be killed by another human being.”

Uuganaa Ramsay, educator, author and activist for human rights, respect and dignity, contributed the comment above on this week’s appalling events.

Many of us are frozen in shock, but we are also witnessing tremendous courage and defiance, generosity, resilience and determination, unity behind a lion-hearted leader, and everywhere the blue and yellow of the flag and images of sunflowers, symbolising the Ukrainian resistance. (Photo above by Marjan Blan on Unsplash.)

These events have destroyed the peace that we’ve been lucky to enjoy in Europe for many decades. We’ve turned to our authors for their thoughts.

Catherine Czerkawska, a prolific author of historical novels, plays and non-fiction, was born in Leeds and raised in Scotland, but her father was from the Lviv area (formerly Eastern Poland, now Western Ukraine) and she has family living with this horror, exposed to the fear and grave risk. She has been writing a history of her forebears in the region, and today she published this moving blog post expressing her outrage and grief, which she has invited us to share.

Author, teacher and poet Donald S Murray, who has written two poignant novels addressing the human cost of war set in the twentieth century, has penned this poem, Hydro:

Dad spoke about Ukrainians. Poles
and how they used to crawl through tunnels, holes
to lay dynamite for the foundation of a hydro dam;

their presence in the Highlands a remnant of the fight
that cursed mankind in his lifetime,
one revived in a new conflict between near and neighbouring lands

that affects us all again, yet another hole
into which mankind has tunnelled too many times before.

“In the family home where I grew up, my father and two uncles often spoke about the hydro dams where they had worked for several years, sometimes joined by a Donegal man who had been employed alongside them and was married to a woman from the village. They talked about the Tunnel Tigers, largely Irish or East European, and the extraordinary risks they took while laying down explosives that allowed these dams to be built throughout the Highlands.

‘It was the Poles and Ukrainians I felt sorry for,’ my father used to say. ‘They had no choice but to do these things, earn a little money to start their new lives. There was no chance they could ever go home. They would only get killed there.’

These words often echoed through my head, especially on the occasions I travelled on a bus travelling across Glasgow. A young man with a Ukrainian background sat regularly beside me there and spoke about the horrors that were part of his family background.

His tales, too, are resounding once more, especially when I read and watch the ghastly events that are currently affecting the homeland of his forbears. Each word makes me recognise the sheltered nature of my existence, how naive so many of my people are when we consider the realities of other countries.”

What can we do?

To these words we can only add a list of ways to donate and support those displaced, wounded and fleeing from this conflict, and to find out more. If you are donating directly to collection points for refugee aid, please be sure to check their lists for the most urgent needs.

“The day the power of love overrules the love of power, the world will know peace.”