Cycling during, and after, lockdown

Are we on the verge of a cycling revolution?

We take a look at two cycling memoirs that are fuelling our obsession during lockdown.

You might have guessed it, but we’re big cycling fans at Saraband. Two thirds of our team cycle to work everyday, or we did, before lockdown. Whether you’re an avid daily cyclist, or an occasional day-out rider, there is a glimmer of hope on the horizon. Is the UK finally going to become the cyclist-friendly place we dream of?

‘Over the weekend the transport secretary, Grant Shapps, pledged £2bn towards plans to double the number of cyclists and walkers by 2025 while also telling local authorities to make “significant changes” to give them more space.’ Guardian

‘Plans for pop-up bike lanes, wider pavements and cycle-only streets have been set out by ministers in a move to persuade the public to change their travel habits as the coronavirus lockdown is eased.’ inews

At the moment, we can only speculate.

The country certainly has a lot of work to do to convert us into a nation of cyclists, but for the already converted, bikes have played a big part in maintaining a level or normalcy during lockdown. A way to get out of the house. To exercise. And, most importantly, to feel like you’re going somewhere. Even if that somewhere is just ten times round the block. The WHO even recommends cycling to achieve the minimum daily requirement for exercise while physical distancing. 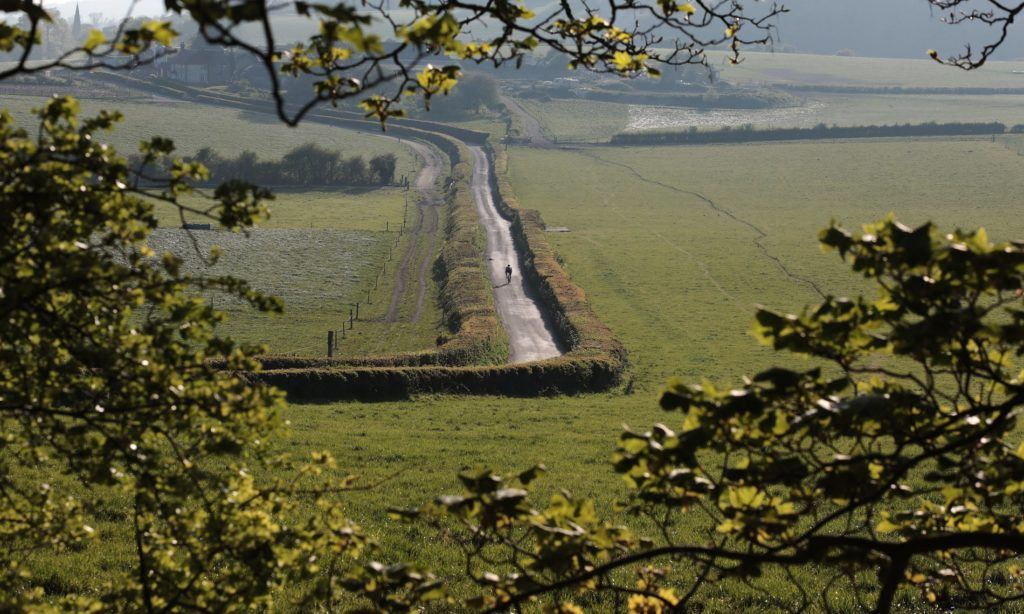 The Guardian: The joys of lockdown cycling in pictures

Our author, Helen Moat, said of her recent cycling adventure from the UK to Turkey on Saturday Live (BBC Radio 4): “On the first of May the birdsong was just tremendous and of course being on a bicycle you’re travelling really slowly, you can really engage all of your senses and that was really something wonderful.”

And if you want to relive the pre-lockdown days Alan Brown, author of Overlander, takes us on a cycle from Taynuilt on Loch Etive to Findhorn on the Moray Firth in this Guardian article. 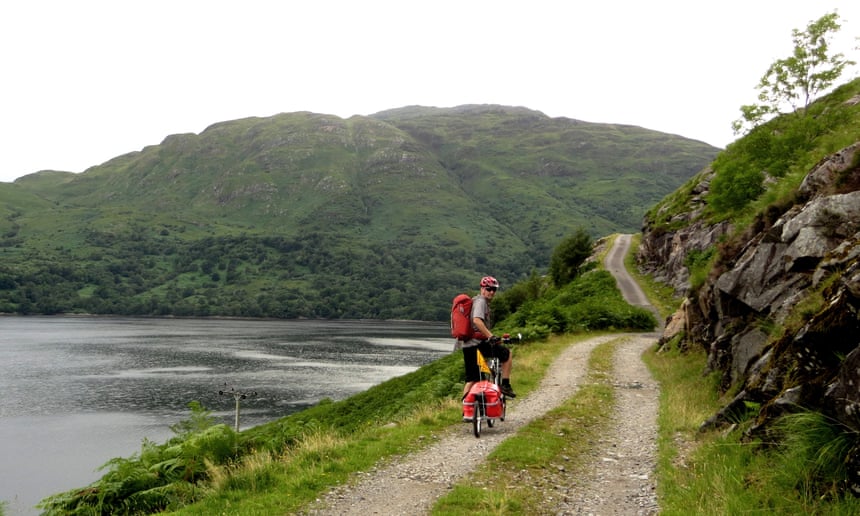 So to celebrate bikes and the joy they’re bringing us right now we’ve been indulging in two of our cycling memoirs: Overlander by Alan Brown and A Time of Birds by Helen Moat. Living vicariously through these books, we can pretend that we’re cycling along the Danube River or through the heart of the Highlands rather than down the street to Morrisons. 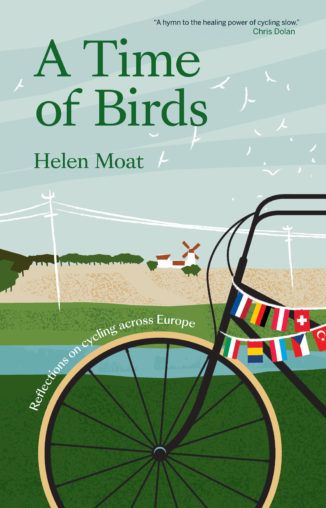 A Time of Birds

Helen Moat sets out to cycle across Europe, with her teenage son, on her sit-up-and-beg bike – aka ‘The Tank’. She’s not sure whether she is running away from the past or pedalling towards it.

As she cycles the Rhine and Danube through the days of unfolding spring, the sky filled with birdsong, she senses her bird-loving father is by her side. Increasingly, she loses herself in her surroundings and memories of a childhood spent in the outdoors of rural Northern Ireland.

Gradually, the natural beauty of Europe’s great waterways bring healing, as does the kindness of friends and strangers along the way. She feels a sense of belonging on a continent shaped by war and peace, peoples divided and reunited, a shared history.

But when the birdsong fades across the parched, late summer landscapes of Bulgaria and Turkey, Helen finds herself recalling the Troubles and confronting a suppressed secret. This is her life-affirming account of an unforgettable, if sometimes bumpy ride.

You can listen to Moat discussing her book, and her bike, on the Cycling Europe Podcast.

She also joined us for an episode of Cabin Fever Fables, Saraband’s new podcast venture. You can catch-up now on your favourite podcast app or on SoundCloud here. 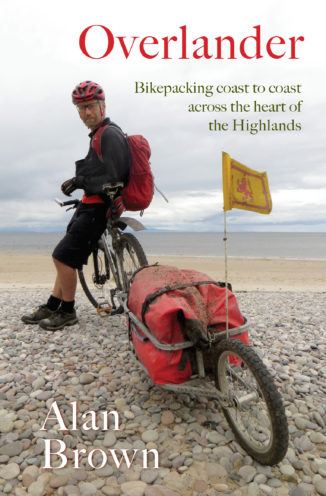 Seeking a temporary escape from city life and a mad modern world, Alan Brown plots out a personal challenge: an epic coast-to-coast trip through the wild and lonely interior of the Highlands.

He traverses paths historic and new, eschewing creature comforts and high-tech cycle gear, trusting his (mostly) serviceable mongrel bike. Armed with the essentials and a sense of adventure and curiosity, he discovers more about nature, history, people, his country, the concept of risk, and himself, than he ever thought possible.

Alan traces a route from Argyllshire’s Loch Etive across remote Rannoch Moor, the beautiful glens of Perthshire and dramatic Grampian terrain to reach the Moray Firth at Findhorn. Ready for all weathers and obstacles, he succumbs to the hypnotic daily routine of ride, eat, sleep, repeat. He’s savouring the landscapes, the wildlife and the solitude, and relishing the self-reliance. He is also picking up clues to past lives, and discovering how the land has been altered for game sports – or conserved for wild- and birdlife.

It’s a route where Alan gets to spend time with nature and himself, where he takes his time, wild camping under the stars, on a journey of discovery in which the whole is greater than the sum of its parts.

Both of these books are available to buy directly from our online shop.

Or if you’re tempted by them both, we’ve put together a special cycling bundle that’ll save you a few quid.

Buy A Time of Birds and Overlander for £18.