The Story of the World's First Syndicate of Business Angels

The remarkable inside story of Archangels, the oldest and one of the biggest business angel syndicates in the world.

In 1992, angel investment was practically unheard of in Scotland… 25 years later, Archangels has invested more than £200m into some 80 early-stage companies, helping them grow into flourishing enterprises. This book uncovers the unique business relationship between Archangels founders Barry Sealey and Mike Rutterford, and follows their groundbreaking journey to the present day.

Providing invaluable advice for would-be investors, The Archangels’ Share tells of successes and failures along the way, explores just how they formed such a successful business angel syndicate, and explains why Scotland has emerged as a global leader in angel investing. And it reveals the energy, passion and skill of two extraordinary men who created an international phenomenon. With a foreword by Sir Brian Souter. 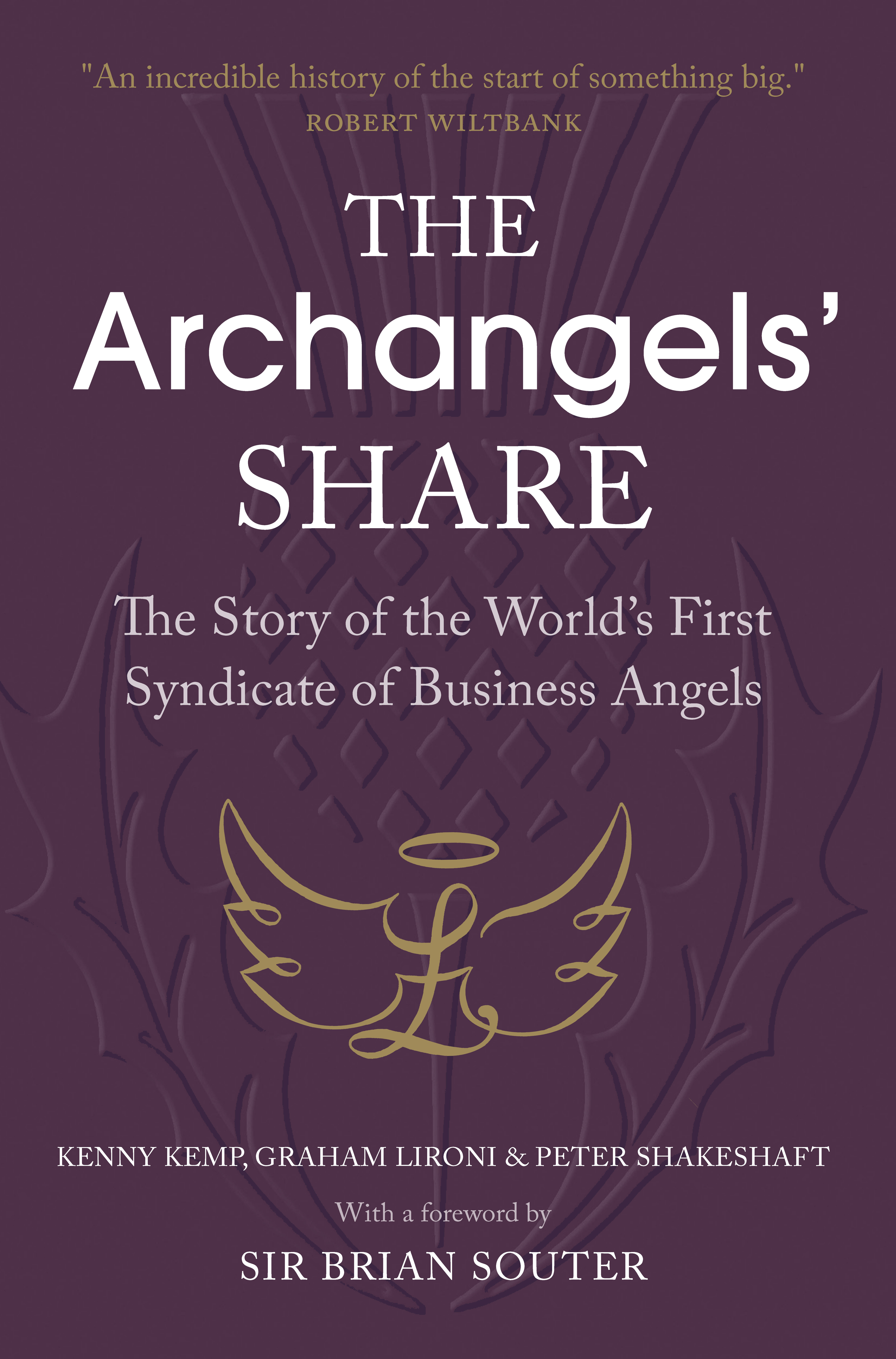 Kenny Kemp is an award-winning journalist and writer of a number of books about major entrepreneurs, including Sir Richard Branson’s Business Stripped Bare and Barbara Cassani’s Go: An Airline Adventure, winner of a WH Smith Book Award. Graham Lironi is director of a prominent PR company and author of several cult novels, including Oh Marina Girl. Peter Shakeshaft held a number of senior positions in industry before becoming chief executive of Archangel Informal Investment Ltd., a post he held from 2000 to 2005. He was named Scottish Business Insider Dealmaker of the Year in 2004.

“One of the business reads of the year.” – Sunday Times. “A must-read for business managers.” – The Scotsman.