A View from the Twenty-first Century

Anne: the overlooked Brontë – was she the most talented and pioneering author of the family?

Anne’s writing has often been compared harshly with that of Charlotte and Emily – used as a measure of her sisters’ genius. But her literary and personal reputations have changed drastically since she was first published in 1846. Agnes Grey, with its governess protagonist, was assumed by some to be a first novel by Currer Bell.

Reviews were mixed, some critical of ‘crudeness’ and ‘vulgarity’, yet the book sold well during Anne’s lifetime. Her second and most famous work, The Tenant of Wildfell Hall, was groundbreaking in its choice of subject matter: marital abuse (physical and emotional); gender equality; education; alcohol abuse; and its effect on family life; and married women’s rights – married women were then viewed as the property of their husband. Anne’s reputation changed from coarse and vulgar to strident, moralising, pious, reserved and, eventually, just plain boring.

Who, then, was the real Anne, how was her reputation destroyed, and why has she been so overlooked? 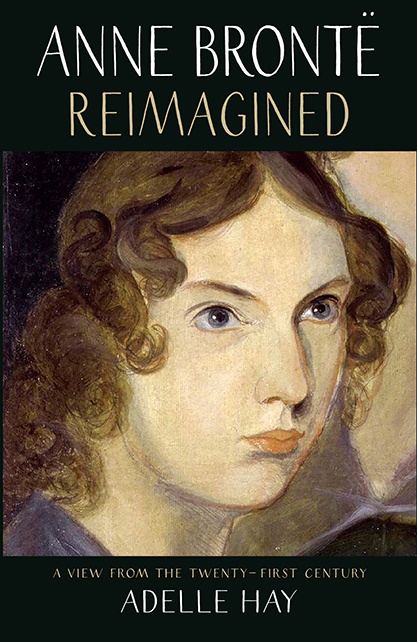 Adelle Hay is a lifelong Brontë aficionada and a passionate advocate for Anne Brontë’s place in the canon of classic English writers, alongside her better-known sisters, Charlotte and Emily. The Brontës inspired Adelle’s love of books from a young age, and she even went on to become a bookbinder before starting work on an academic project that focuses on textual criticism of Anne Brontë’s work, and how it has been edited ever since. Adelle’s dream is to create a digital archive of all the Brontë manuscripts in existence, ensuring the sisters’ seminal writing is preserved for future generations to read, interpret and enjoy.