The Islands and Highlands of northern Scotland run deep in Robin Noble’s blood. He is a naturalist who leads groups at the world-renowned Aigas Field Centre run by Sir John Lister-Kaye, and an eminent expert on the ancient woodlands of the Highlands. He’s also an artist, singer and hill-walker. His history of the Highlands, Castles in the Mist, was shortlisted for the Saltire Society History Book of the Year award, whilst North and West explored Scotland’s wilderness. His latest book, Sagas of Salt and Stone, is a love letter to Orkney. 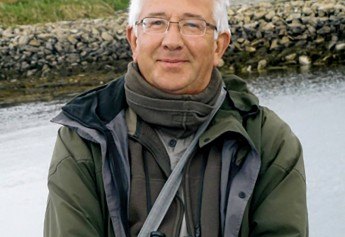 Catherine Czerkawska is a Scottish-based novelist and playwright who has written plays for the stage and for BBC radio and television, and published eight works of fiction.

Her latest book, A Proper Person to be Detained, is something of a departure: it tells the true story of the murder of her great-great-uncle in 19th-century Leeds.

Catherine’s novels include The Physic Garden, The Jewel, and The Curiosity Cabinet, which was shortlisted for the Dundee International Book Prize. Her latest novel, The Posy Ring, is the beginning of a trilogy set on the same Scottish island featured in The Curiosity Cabinet. She has edited For Jean, a collection of Robert Burns’ poetry and songs written for his wife, and Catherine’s short stories have been published in a wide variety of magazines and anthologies.

Catherine has taught creative writing for the Arvon Foundation and spent four years as Royal Literary Fund Writing Fellow at the University of the West of Scotland. When not writing, she collects and deals in the antique textiles that often find their way into her fiction.