Celebrate Burns Night with a reading of Tam O’Shanter

One of the longest-standing traditions on Burns Night is to recite the Bard’s famous epic poem, Tam O’Shanter, which was written in Scots in the late 18th century and set on a stormy night in Ayrshire. 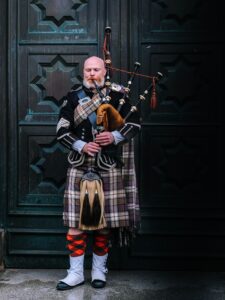 We were lucky enough to record National Theatre of Scotland actor Alasdair MacRae reading the poem for a special project we were working on. He brought it wonderfully to life, as you’ll hear in this clip of the first part of the poem.
Wherever you are in the world, we hope you’ll be celebrating and enjoying Burns Night. Raise your glass, whether it’s a dram of single malt or something a little less potent, and toast Robert Burns’s immortal memory in time-honoured fashion!
0
0
Your Basket
Your basket is emptyReturn to Shop
Continue Shopping