Standing Up for Our Earth

Who in the new UK government will be standing up for our Earth?

It’s just a few months since we hosted COP-26. We signed up to commitments to do more to protect our environment and to avoid disastrous increases in global warming. And yet, as our new government begins to announce its agenda, it looks as though this will turn out to be, in Greta Thunberg words, just “Blah blah blah” as we roll our protections back at speed. 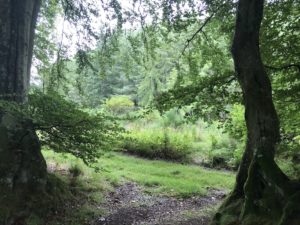 Some drastic changes are already in the works. We’ve already been through rounds of deregulation since leaving the EU, resulting, amongst other things, in a shocking decline in our water quality, as pollution surges virtually unchecked into our rivers and the sea.

Most worryingly of all, the government’s attitude to fossil fuels is extremely backward-looking, even while wildfires race across the globe and floods are taking hundreds of thousands of lives.

We must stand up and call this out.

Fracking in the UK

On Thursday September 22, in the new government’s first full week of business, Truss confirmed that the 2019 ban on fracking has been lifted. This is a huge blow to our collective struggle for net zero and a livable future for ourselves and for generations to come. Renewed fracking will damage communities, prolong our dependence on dangerous fossil fuels, and accelerate the climate crisis. 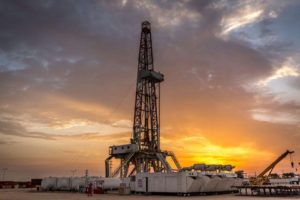 Fracking is the extraction natural gas from the earth by drilling into shale rock and directing a high-pressure mixture of water, sand and chemicals to release gas. The gas that is extracted is mostly methane, which has more than 80 times the warming power of carbon dioxide in its first 20 years in our atmosphere.

Fracking also harms communities in the short term, disproportionately affecting those in the North of England (nearly half the development licences already granted are in Yorkshire).

Fracking causes earthquakes. Look at this evidence of the earthquakes caused by gas extraction in the Netherlands before it was banned.

Other impacts include increased air pollution and contamination of groundwater, habitat loss and disturbing wildlife. 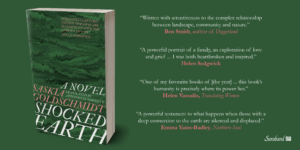 In 2021 we published the novel Shocked Earth. In this novel, translated by Antoinette Fawcett, Saskia Goldschmidt explores the impact of gas extraction in Groningen, the Netherlands. It is a powerful work interrogating the results of profit and industry being prioritised over people and planet, experienced through the eyes of a farming family experiencing the direct impacts of fracking. Shocked Earth has never been more timely, and it brings to life the human side of these short-sighted policies.

Fracking will not help the energy crisis

Jacob Rees Mogg, Minister for Business, Energy and Industrial Strategy, has also stated his intentions to squeeze “every last cubic inch of gas from the North Sea” and reject wind farms in favour of further investment in fossil fuels, all in the name of tackling the energy crisis.

This is despite the warnings of the chair of the Independent Climate Change Committee, who has said that there is no evidence that either fracking or north sea extraction would affect gas prices in the UK, as the amount of gas we could extract is too small to make an impact.

And yet, once oil and gas has been extracted, it becomes the property of the company who extracted it, regardless of where it was extracted from. This means that any oil and gas extracted from North Sea drilling will be sold off on the global market to the highest bidder. It would certainly not be guaranteed to heat UK homes.

The IEA has said that we should have no new oil and gas investments if we are to stay under the 1.5 degrees of warming agreed on under the Paris Agreement. Not only do the government’s new policies on fracking, oil and gas do nothing to tackle the cost-of-living crisis, they also endanger our chances of achieving a livable future.

Despite reckless decisions from those in power, we believe that acts of collective pushback can provide hope for a liveable future.

How to help: actions to take against fracking

If you are worried about fracking and continued fossil fuel expansion, there still are actions you can take: