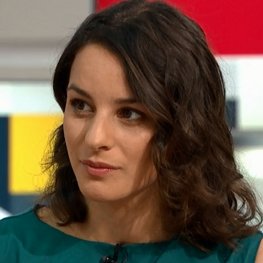 Liverpool-based writer Julia Rampen has won the fourth annual NorthBound Book Award as part of the 2022 Northern Writers Awards, for her debut novel, The Bay. The prize was announced at the Northern Writers’ Awards prize ceremony on the evening of July 5 in Newcastle.

The NorthBound Book Award, supported by the Department of English and Related Literature at the University of York, New Writing North and Saraband, was created in 2019 to celebrate the richness of writing from the North of England and the innovative spirit of independent publishing.  It is judged by representatives of the partner organisations with guest judges each year. Julia wins £5000 plus publication with Saraband.

The Bay is an engrossing novel recalling the Morecambe Bay cockling disaster of 2004. The story centres on the unlikely friendship between teenager Suling, a trafficked cockle picker working for a brutal gangmaster, and widower Harold, once a cockler himself. Harold is a pensioner whose daughter thinks it’s time he moved into a care home. When one day Suling’s fellow workers disappear without trace, she finds herself alone, homeless and penniless, hunted by ruthless debt collectors and with nowhere to hide. As Harold frets about his loss of memory and mobility and rages about being ignored by society—and Suling tries to navigate a country where she is both invisible and in grave danger—their paths cross. Each must learn to trust the other. Meanwhile, day and night, menacing tides traverse the Bay.

Julia Rampen, whose grandparents lived by the edge of Morecambe Bay, is a journalist and writer with a long track record of working with refugees and undocumented migrants. Julia has worked for The New Statesman, the Mirror and the Liverpool Echo, has contributed to the Guardian, BBC Radio 4 Woman’s Hour, BBC Radio 5 Live, and is co-founder of the Syrian storytelling platform Qisetna: Talking Syria. The Bay was written in consultation with those who investigated the tragedy at the time and told the survivors’ stories.

Julia Rampen said: “Researching the book was a journey of discovery, and I hope the book will be a gateway to some of the excellent reporting and memoirs that I was lucky enough to read across on my way.”

Saraband publisher Sara Hunt says, “Julia’s novel captivated the judges with its original, compassionate and compelling storyline, unforgettable characters, and its resonance for those who remember the devastating Morecambe Bay disaster. We were impressed with the diligence with which Julia researched her characters and the way she approached the story with care and sensitivity. It’s an outstanding read and a worthy winner. In our current ‘hostile environment’, where lives are in danger every day, it also feels like an important exploration of community and hope.”

Dr Janine Bradbury, prize judge and Senior Lecturer at the Department of English and Related Literature at the University of York called the novel: “A beautifully crafted and utterly absorbing story about the ever-present and ever-hopeful possibilities for human connection … which often reveal themselves to us when we least expect it.”

Award judge Catherine Simpson, an Edinburgh-based writer originally from Lancashire, says: “The Bay is a study of empathy and compassion … It examines human connections and asks how we should care for others, and be cared for ourselves … There is a luminous, shimmering sense of place. The beauty, the drama and the dangers of The Bay linger with me still.”