Lakeland Book of the Year: Jim Crumley and Stan Abbott named on shortlists

We’re happy to report that Jim Crumley and Stan Abbott have been shortlisted at the 2022 Lakeland Book of the Year awards, with their books Lakeland Wild and Walking the Line, respectively.

Jim and Stan follow in the footsteps of Saraband authors who have been selected for these awards in the recent past: Karen Lloyd’s The Gathering Tide and The Blackbird Diaries and Nicola Martin’s Dead Ringer all won awards, while Dick Capel was shortlisted with his book on the Eden Valley, The Stream Invites us to Follow. Lakeland Book of the Year celebrates writing inspired by the Lake District. 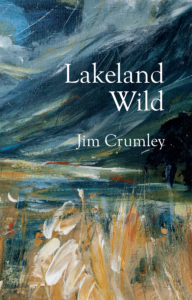 Jim Crumley’s Lakeland Wild has been shortlisted for the Bill Rollinson Prize for Landscape & Tradition. Many people believe that wildness is long gone from the Lake District’s fells, lakes, tarns and  becks, yet, within its boundaries, Jim Crumley sets out to prove them wrong – to find “a new way of seeing and writing about this most seen and written about of landscapes”. With a naturalist’s eye and a poet’s instinct he is drawn to Lakeland’s turned-aside places where nature still thrives, from low-lying shores to a high mountain oakwood that’s not even on the map. Through backwaters and backwoods, Crumley traces this captivating land’s place in the evolution of global conservation and pleads the case for a far-reaching reappraisal of all of Lakeland’s wildness.

Jim said: “What a lovely surprise to be shortlisted for the Bill Rollinson Prize for Landscape and Tradition for my first book about the Lake District. My thanks to the judges.” 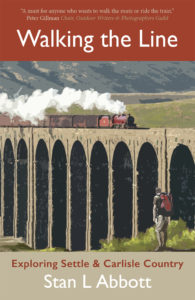 Stan Abbott’s Walking the Line has been shortlisted in the Striding Edge Prize for Guides & Places category. In Walking the Line, Stan takes us to what is widely known as England’s most picturesque line, the enduring Settle – Carlisle Railway. It crosses the north Pennines between Yorkshire and Cumbria, traversing stunning scenery from the Dales through the lonely and lofty fells to the limestone pavements of Westmorland, and on into the lush, green Eden Valley. The line was built by the Midland Railway company in the 1870s, to forge an independent route connecting its English network with Scotland. Uniquely for a railway in the UK, the entire infrastructure is a Conservation Area in its own right – comprising viaducts, stations, bridges, tunnels, trackside structures and railway workers’ cottages. By walking all or parts of the route from Settle to Carlisle, you get the chance to get up close to this iconic railway’s magnificent architecture. And in the company of a knowledgeable guide, you’ll also discover centuries’-worth of local history and traditions: Roman remains, medieval castles, the annual Appleby Horse Fair gathering, and much more besides.

Stan said: “I’m delighted that the judges have chosen to shortlist Walking the Line from a hugely competitive field and shall await the final judgement with everything duly crossed!”

Saraband publisher Sara Hunt said: “It’s lovely to see Jim and Stan shortlisted for these awards. The recognition is well deserved for both their books, and I’m looking forward very much to the awards ceremony.”

Winners will be announced on Tuesday 12th July 2022 at Stonecross Manor, Kendal.