Get inspired to act this Earth Day with debut novel Fossils

“Sherrie-Lee had signed up to help. She couldn’t go door-to-door because of her age, but she could collect signatures at the stall in town when they needed to do a petition. And protest, of course. Anyone could do that, all you had to do was turn up.” 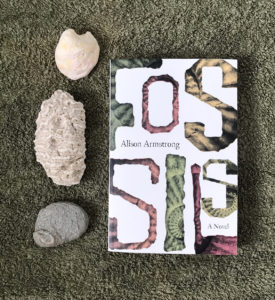 Today is Earth Day. It’s a day to reflect on our relationship with the Earth we live on. But with the recent IPCC report’s alarming findings , the ongoing rebellions across London by scientists and doctors, and governments still remaining inactive to these alarm bells, it’s also a moment to take action.

This Earth Day, we are publishing a debut novel with a thought-provoking young protagonist who commits herself to the cause of protecting the planet. Fossils, by Alison Armstrong, is a compelling coming-of-age story about an adolescent girl, Sherrie-Lee. She is consistently let down by the adults in her life and by society at large. Yet she continues to dream of a better world, learning how she can help and taking her own individual actions. Above all, she connects with the nature around her. Click on the link below to read an extract in which Sherrie-Lee works for change:

We are highlighting Fossils on Earth Day because we all have the power to make change, and Sherrie-Lee’s story speaks to this. She is an ordinary teenager with precious few resources at her disposal, but she remains unwavering in her convictions about what is right. Though she is coping with the trials of adolescence and a troubled home life, she also sees that she has the potential to change the bigger picture – and she acts on this.

We can learn a lot from the many young people in the real world who have transformed their personal skills into vehicles for change. We’ve put together some quotes and resources to get you inspired to make change today and every day:

Mya Rose Craig, or ‘birdgirl’, became the youngest person to see half the world’s birds at just 17. She’s now an environmentalist, diversity activist, writer, speaker, and broadcaster. She emphasises the need for the leading voices in nature and environmentalism to be as diverse as those on the frontline of the climate crisis:

“It makes visible minority-ethnic young people think about nature and its possibilities when someone who looks like them is interested in it.”

We opened this post with a quote from Fossils, and we’ll leave you with the words of activist Mikaela Loach. In a recent interview with Kerrang magazine, she summarised a point she often makes in her work as a campaigner. The climate movement needs all of us and our skills to succeed:

“There are no heroes. There’s only all of us together” 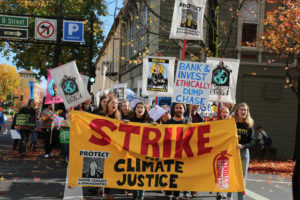