From the Ground Up: Creating Authenticity in Shocked Earth

For Women in Translation Month

It’s now quite some time since my translation of Shocked Earth, from Saskia Goldschmidt’s novel Schokland, was completed, and I still feel excited and overwhelmed by the reactions I’ve had from a variety of readers, and especially from people I don’t know at all, like Helen Vassallo, on her Translating Women blog. Helen was one of the first people to review the novel and what she said was so affirming that it made me jump with joy. Although it may seem strange to say that I was pleased to read that the novel had moved her to tears, I really was overjoyed that her emotional response mirrored my own. I also wept – and laughed, and spluttered with anger, annoyance and frustration – as I was translating the novel, and not only in the early stages. That is down to Saskia Goldschmidt’s masterly creation of plot and character and her dramatic sense of dialogue, action, and scene-setting. 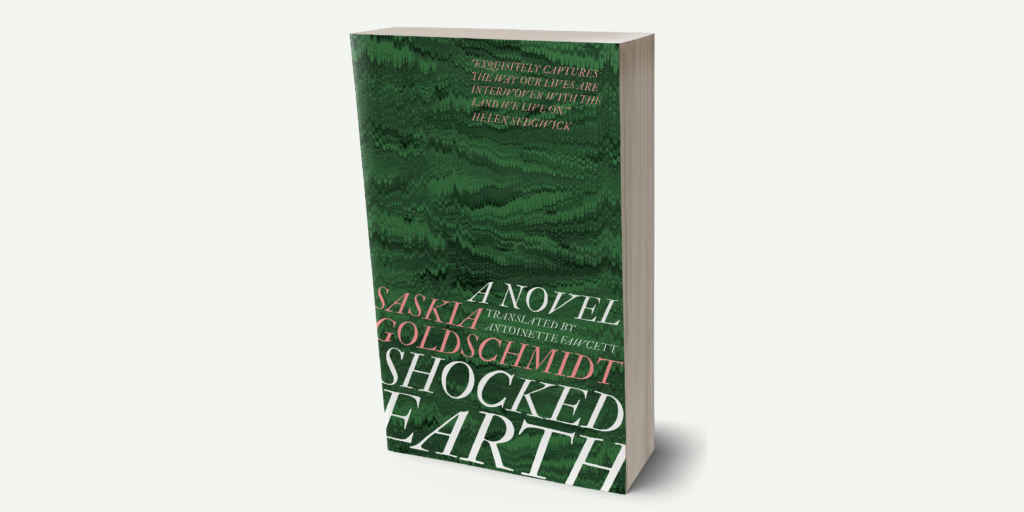 Goldschmidt has said that creating her characters – and becoming deeply familiar with their situation – is one of the most important things for her in writing a novel. To create the characters of Shocked Earth, she had to understand their lives literally from the ground up. The novel is set in Groningen Province, a part of the Netherlands remote from the centres of power, almost as far north and east as you can actually go in that little land. For the two years she was researching and writing the story, she lived and worked in the landscape and among the kinds of people whose lives she was creating.

Groningen has been in the news a great deal in recent years because of induced earthquakes caused by on-land gas extraction. The gas reservoirs lie at a relatively shallow depth beneath the ground and this means that the impact of the earthquakes is much stronger than might appear from their measurement on the Richter scale. Although these earthquakes have been increasing from 1991 onwards, it was only after a large and damaging earthquake in 2012 that it became absolutely clear that manmade seismic activity was having a huge negative impact on buildings, animals and people’s lives. Yet the authorities stalled in giving people compensation, very often denying the links between gas extraction and often catastrophic damage. This is the background to the novel, although earthquakes are not the only problem affecting the novel’s characters.

Each of the main characters in the novel is distinctively different, largely coming from different generations of one farming family, and to a greater or lesser extent reflecting local speech patterns in their dialogue. There’s Zwier, for example, the patriarch of the family, who blames the death of his wife on the stress of the earthquake damage and on the endless dealing with bureaucracy to try to sort things out. His speech is perhaps the most old-fashioned – though not the most colloquial – in the book. He has a catch-phrase ‘Zo is dat’, which literally translated would probably be something like ‘that’s how it is’. Because the novel is set in the north of the Netherlands, I made a decision early in its translation that I would use Northern English speech patterns, and occasional dialect words, where appropriate. This led me to ‘Right enough’ and ‘Aye, right enough’, depending on the context. 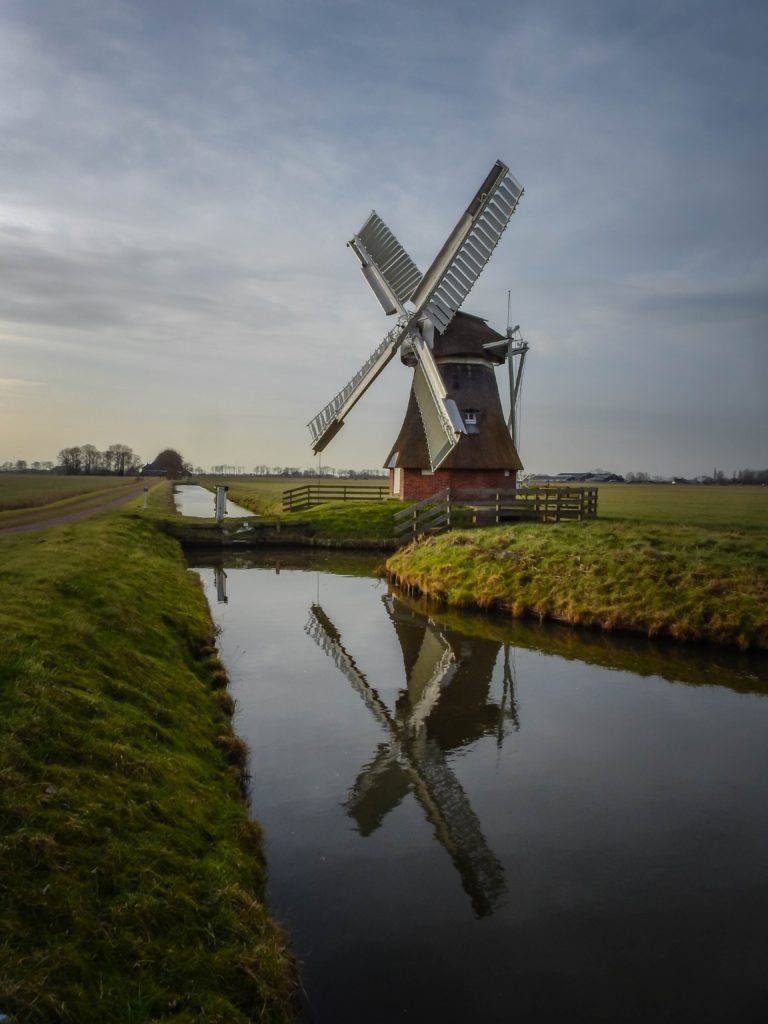 By contrast, Fokko, a character not related to the central family, has a quite different background. His roots are in a local town, not in the countryside. He has led a wild and colourful life, before settling into an empty farmhouse where he lives on the dole, smokes dope, practises with his rock band, and does occasional work for neighbouring farmers. Although Fokko is a rough and ready sort of person, he has real lyricism lurking within him; some of the most touching passages in the novel relate to his relationship with a pair of buzzards that nest near his farm. But he can also express himself with a crude sense of humour. One of his catch-phrases is ‘dollars, wodka, wijven, druiper’, which harks back to his time working on Siberian oil-rigs, when money, vodka, and women were freely available, with the perhaps inevitable consequence of venereal diseases (‘druiper’ is a colloquial term for ‘gonorrhoea’). Fokko shortens the Dutch phrase to an acronym: DWWD. In this case, it was important to retain the slightly questionable humour in English, and the colloquial elements. The translation became ‘dollars, vodka, chicks, and the clap’, which provided an equally unpronounceable acronym: DVCC.

Another example of Fokko’s wild creativity is when he bursts into a little ditty he spontaneously improvises about the fate of bull calves. This is presented in the novel as prose, but in fact rhymes loosely and has a definite rhythm. The first thing a translator has to do is to notice this, and then find a way of translating it so that the English reader will also subliminally hear the song: ‘Little calf, they’ll sell you and they’ll fatten you up. They’ll turn you into veal steak and gobble you up. Your mother’s just a dairy cow. You’re not important anyhow.’

A final example of a ‘from-the-ground-up’ translation solution relates to a word used by the characters to denote their frustration with everything to do with the gas business and the related bureaucracy. Because the gas extraction is visibly apparent on Groningen soil via ‘fakkels’, gas flares, the locals start calling anyone involved in the business ‘fakkelaars’. A literal translation – ‘flarers’ – would not have worked here, as the English does not convey the contempt, anger and even fear apparent in the Dutch. After a lot of thought, I came up with the word ‘rigger’. Not only is this linked to the gas and oil industry, but it also has connotations of dishonesty. This exactly conveys the feeling that the people in the novel have: that things are rigged against them; that immense profits have been made at their expense; and that no one is really listening to or understanding their problems. 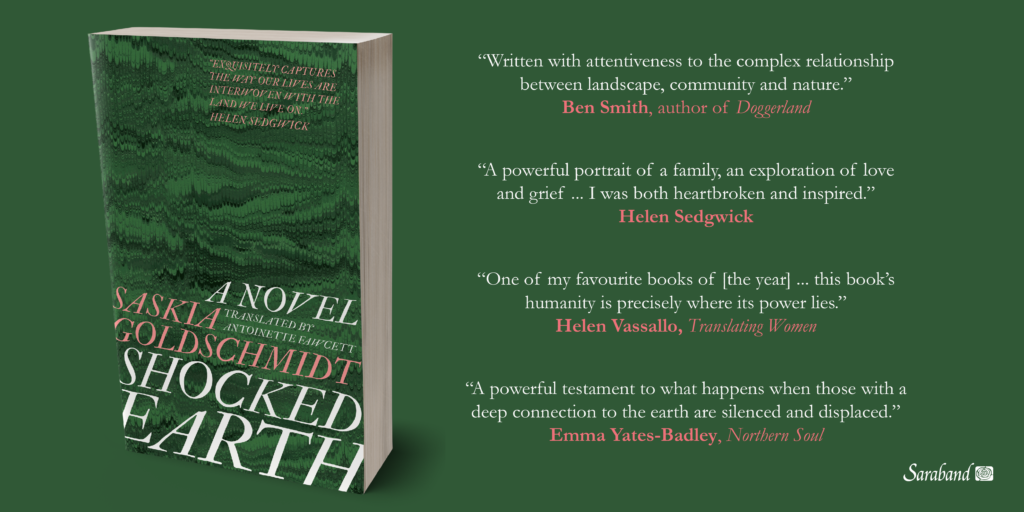