News & Events > A Proper Person to be Detained: The story of a murder and its aftermath 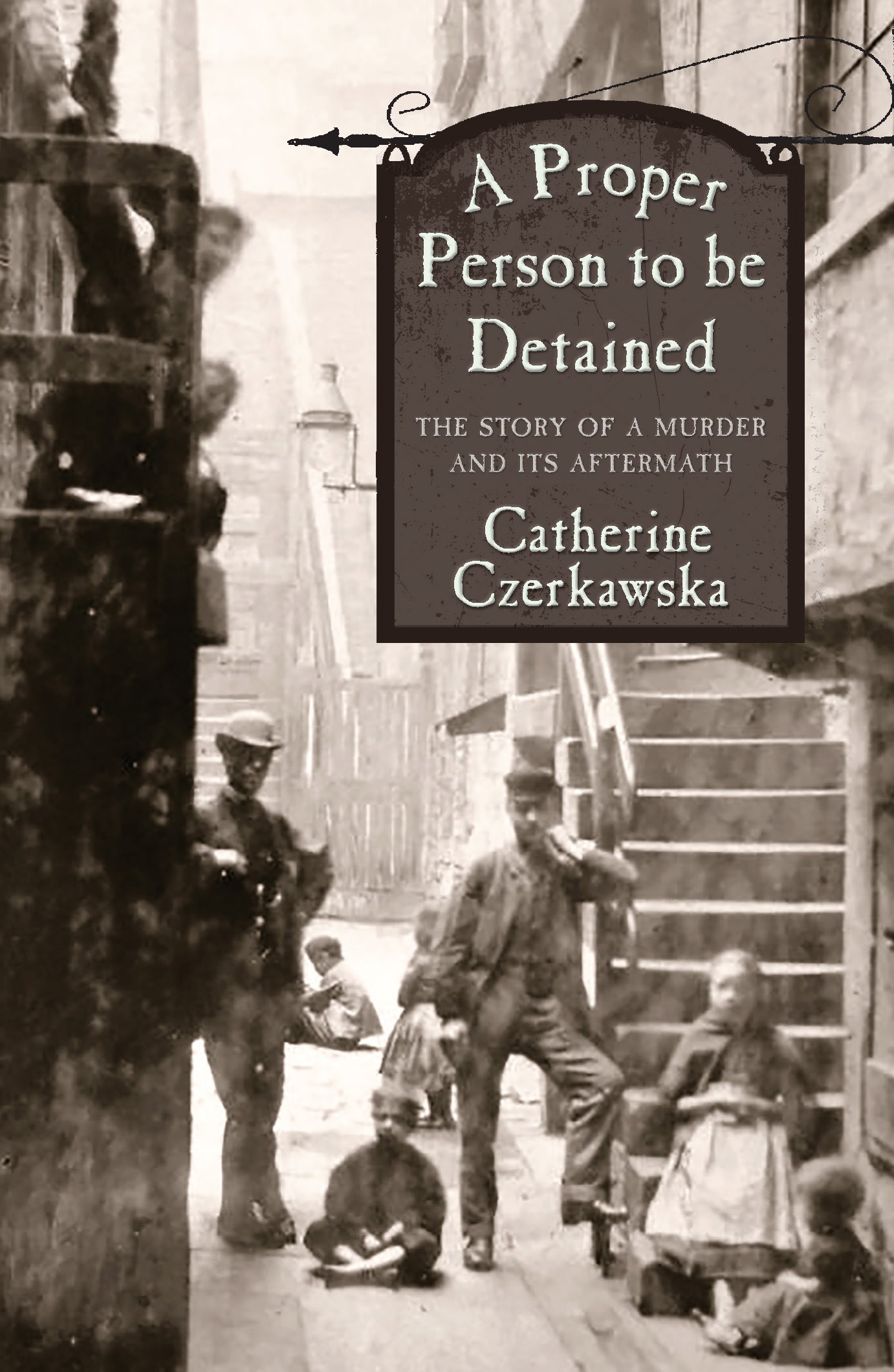 A Proper Person to be Detained: The story of a murder and its aftermath

Catherine Czerkawska’s A Proper Person to be Detained, published by Contraband on 4 July, tells the true story of the murder of her great-great-uncle in 1881 – and the killer who “got away with it”.

But the book quickly becomes about so much more than “just” the murder, as Catherine discovers how this one dramatic event dramatically impacted on the women of her family for generations to come, and she reveals the appalling prejudice that Irish immigrants faced when they travelled to England.

It’s genre-defying: true crime meets family memoir meets social history. And it is a story that reveals deeper truths about us, our past, and even our present.

On the one hand, it is a timely and poignant family narrative that is by turns moving and shocking as it follows generations of migrants. On the other, it’s also a fascinating depiction of recent British social history and gives a real voice to those people often silenced by history and maligned by society – women, the working classes and immigrants.

On Christmas Night in 1881, John Manley, a poor son of Irish immigrants living in the slums of Leeds, was fatally stabbed in a drunken quarrel. The frightened murderer went on the run, knowing that capture could see him hang.

A few generations later, author Catherine Czerkawska begins to tease out the truth behind her great-great-uncle’s tragic death. But she uncovers far more than she bargained for.

In a personal family story that takes us from Ireland to the industrial heartlands of England and Scotland, from the nineteenth century to the twentieth, Catherine gives voice to people often maligned by society and silenced by history – immigrants, women, the working classes.

She unearths a tale of injustice and poverty, hope and resilience, and she is both angered and touched by what she finds. Catherine is driven to keep digging, to get to the very heart of life – and death – in the not-so-distant past.