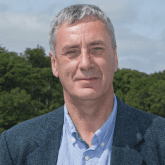 As the Women Lay Dreaming shortlisted for Authors’ Club award

Award-winning author and poet Donald S Murray has been shortlisted for the Authors’ Club Best First Novel Award for his debut novel, As the Women Lay Dreaming, published by Saraband in November 2018.

The Award judges described the book as “A haunting, poignant, meticulously researched novel about the 1919 Iolaire ferry disaster and its effect on the local community. An extraordinary piece of storytelling.”

As the Women Lay Dreaming is based upon the little-known Iolaire tragedy of 1 January 1919 – when a ship bringing WWI servicemen home to the Hebrides sank in Stornoway harbour, killing some 200 people.

Seven other books have been shortlisted for the prize. The winner will be announced on 22 May.