Noetic Science and the Question of Consciousness

Buy Mind Over Matter from

Is it possible to ‘send’ thoughts into someone else’s brain? Can random number generators predict future events? Why does a placebo work like a drug? Might our minds be components of a universal collective consciousness? Astonishingly, the answer to more than one of these questions might be ‘yes’. The same goes for many more, every bit as fantastical-sounding. Such questions about the human psyche have inspired thinkers in the field of noetics to attempt to understand the individual mind and spirit and the collective consciousness in a remarkable range of new and amazing ways. Even in this age of neurological discovery, the mind is still largely uncharted territory. What if there is more to the power of thought than we have yet realised? Do these views represent a paradigm shift? Are we on the verge of a radically new way of looking at the world? Or are noetic scientists no more than charlatans or naifs? This enthralling introduction to a fascinating and relatively new field takes in an extraordinary breadth of topics, from well-established phenomena like the placebo effect and brainwashing to the possible effects of a global collective consciousness. Even-handed in its approach, it sifts fact from fantasy-and fraud-casting a searching, no-nonsense light into some of the most shadowy corners of contemporary thought. Whilst encompassing the ideas of the greatest minds in Western intellectual and scientific history-Aristotle, Descartes, Newton, Einstein and more-it ventures far beyond the confines of that tradition to address Eastern thought and other ways of knowing. Offering a unique tour through the mysteries of the mind as far as they are currently known, it also explores some of the enigmas that might conceivably be unlocked in the near future.

REVIEWS OF Mind Over Matter

'Smart, dynamic, approachable … a rare blend of compelling narrative and responsible research on the connections between mind and matter.' - Marilyn Schlitz, President, Institute of Noetic Sciences 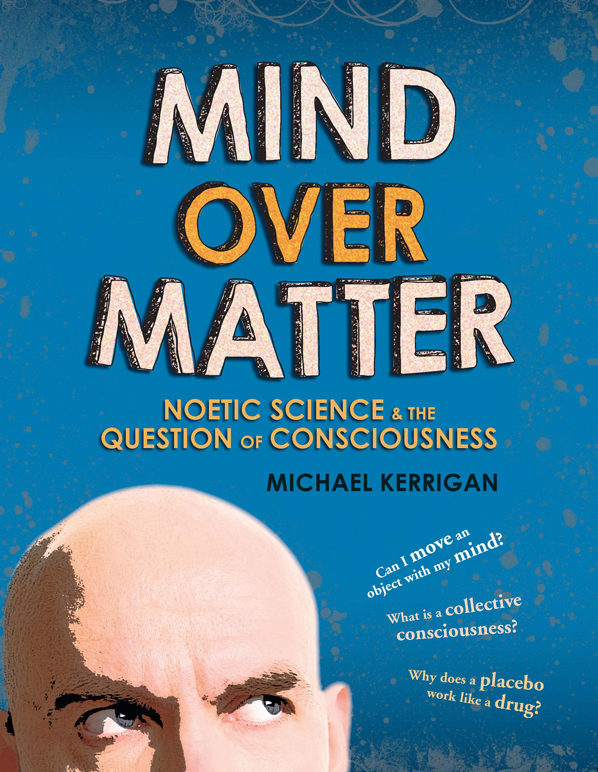 Michael Kerrigan is an author and historian of ideas whose written works range from ancient civilisations to current affairs. He has contributed to several titles in the Myth and the Imagination of Mankind and History of the World Time-Life series and co-authored The Reader’s Digest Illustrated History of the World (2005-8). He is a regular reviewer for the Times Literary Supplement.